Storm Christoph, flooding and COVID-19 notwithstanding, the development of the ground-breaking carbon capture and utilisation plant at our Winnington site is continuing to press ahead and is on track to be tested and commissioned in the first half of 2021.

With much of the process equipment and buildings already in place by early winter, the focus of the project over the past 4 months has been on installing 4km of pipework and 14km of electrical cabling needed to operate the carbon capture plant.

The largest pipework installed is the 1.5m diameter ducting that transports flue gases from the CHP plant. To give an idea of scale, that means that in certain sections, it’s large enough to drive a Mini through!  Emissions enter the ducting at 100oC and travel 140m to the inlet of the CCU plant.  Completion of this pipework marks a major milestone for the project.

Much of the other pipework arrived on site from Studley Engineering in prefabricated sections ready to connect the process equipment together. 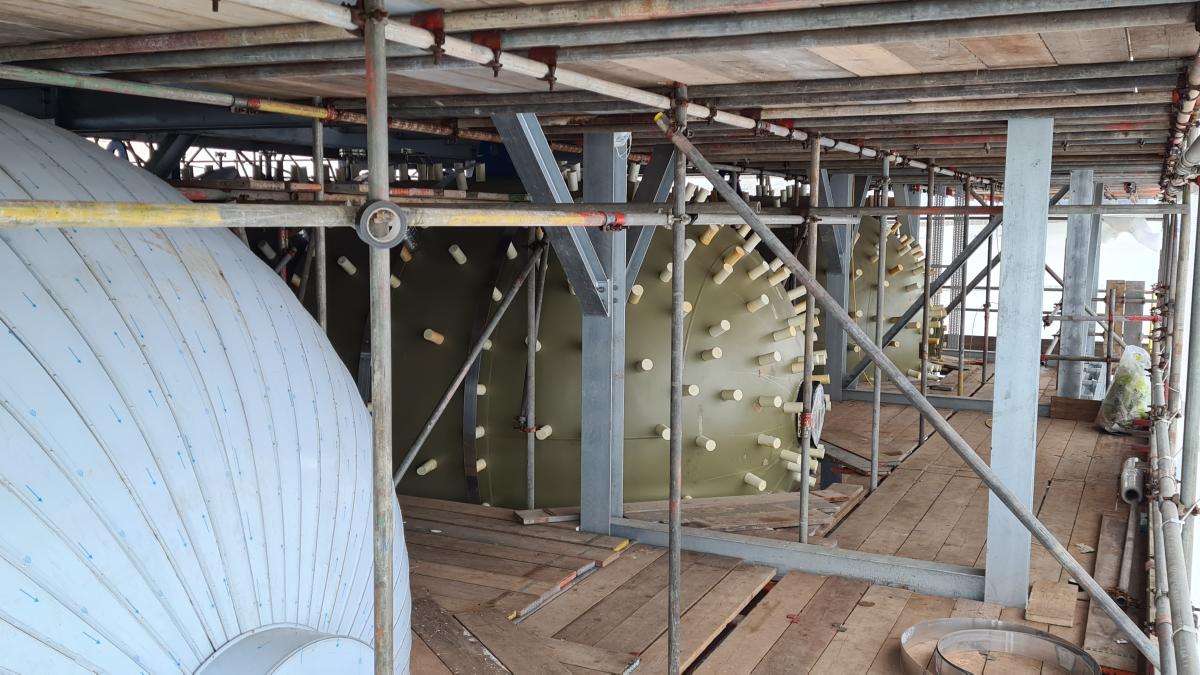 These tanks store the captured carbon dioxide at -24.1oC and 17.3 Barg. To do this, the three 22m long storage tanks needed to be surrounded with scaffolding to enable access and then covered to ensure they are kept dry throughout the process. An outer cladding, supported off the tanks by foam spacing pieces, was then placed around the storage tanks. This work paves the way for a special insulation mixture to be pumped in to fill the gap between the tank and the cladding in early March.

The stored CO2 is used to supply our sodium bicarbonate plant. After having been converted back to a gas, the CO2 is transported over half a kilometre to the manufacturing plant in a pipe that has been installed in a trench.

As with any project running at this time of year, the weather has played a part in our progress. In January, the Northwich area was hard-hit by Storm Christoph. The severe flooding that resulted was the worst on record, with the water level rising over 70cm above the previous high-water record. 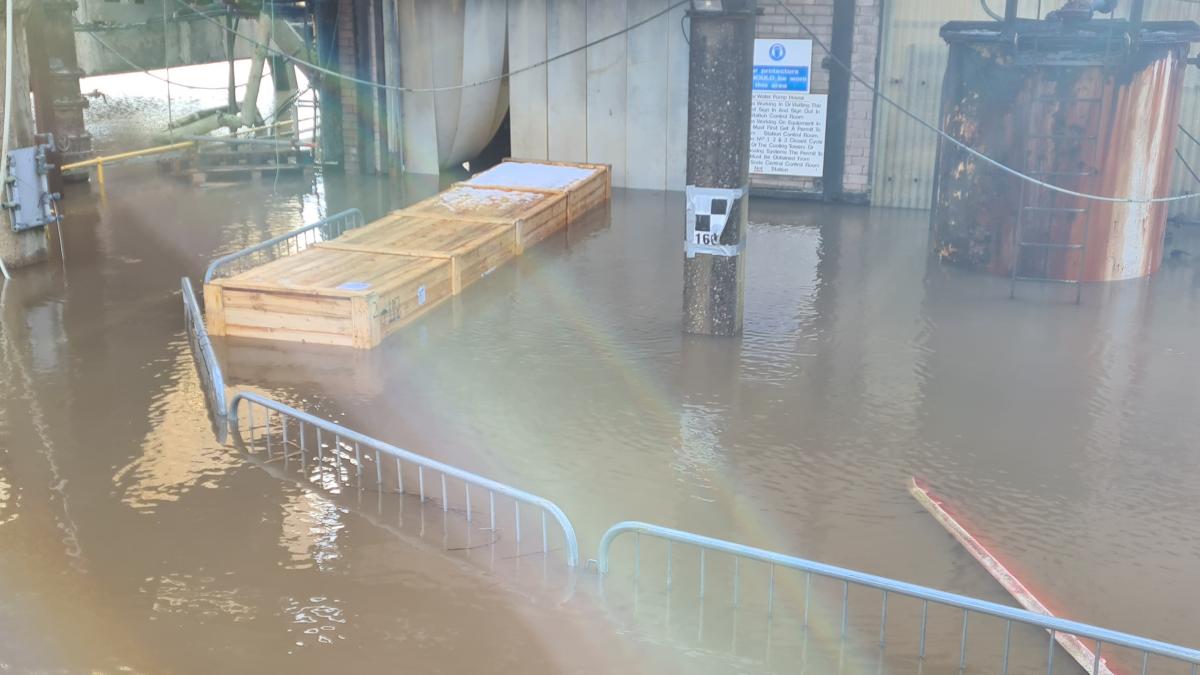 For the first time in living memory, the building used to house pumps that abstract water from the River Weaver flooded.  The photos show one of the project’s two new river water pumps packed in a transport crate outside the building surrounded by water. As a result, it had to be removed and overhauled. Fortunately, the second pump was unaffected and has now been installed.  It is now ready to pump water to the CCU plant to aid cooling of the process, and the now overhauled pump will be installed to sit alongside it in the coming weeks.

Other challenges included connecting the new drainage system for the plant to the existing network of drainage culverts on the site. Much of the existing network was built in the 1880s when the original soda ash plant was built. Fantastic records of the original plant have been kept.  However, in-depth investigation into over 400,000 drawings of the soda ash works and the updates to the site over the past 140 years was required before making the final connections!

"Whilst much of the very visual parts of the plant were installed before the winter months, the site over the last couple of months has been a hive of activity. Often, we’ve had over 70 people from many technical and engineering disciplines working together in a COVID secure manner.

"The purpose of this phase of the project is to make sure that the process equipment is mechanically and electrically connected and we are ready to start testing and commissioning the plant in the first half of 2021."