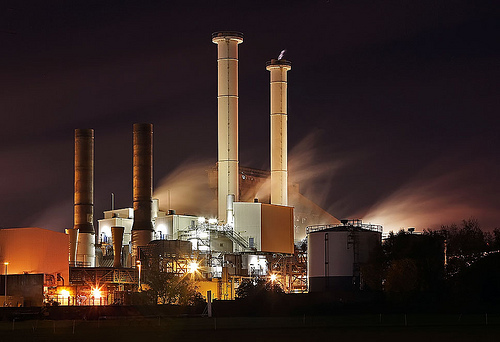 The highly efficient CHP plant generates 96MW of electricity and up to 400MW of heat in the form of steam for use by TCE to produce soda ash and sodium bicarbonate in Northwich, Cheshire. The CHP also provides heat and electricity to local industrial users and supplies electricity to the local distribution network for use by consumers and businesses as well as supporting the wider UK electricity system.
The five-year agreement marks the continuation of a successful collaboration between the parties, first established in 2000 when E.ON built the CHP plant for TCE under an own and operate arrangement. In 2013, TCE acquired the plant from E.ON, who continue to operate and maintain on TCE’s behalf.
The partnership is built upon achieving the lowest whole-life cost of operating the plant whilst delivering the energy required to operate TCE’s chemical manufacturing processes. With energy markets becoming increasingly volatile and numerous potential regulatory changes presenting challenging headwinds, cost control and plant reliability are critical. The multi-million pound annual operating costs are influenced by maintenance decisions made collaboratively, having a long-term partner means both parties have aligned objectives.
The arrangement draws on the unique skills of both parties, with E.ON’s Business Heat and Power specialists bringing a wealth of CHP plant operational, safety, health and regulatory expertise. TCE provides E.ON with clear operational requirements for the inputs needed for the chemical manufacturing processes and manages the commercial aspects of gas purchasing and sales of electricity and steam to local industries and to the national grid. TCE has also embarked upon a digital transformation in its energy business to maximise productivity and to ensure the CHP is agile and able to respond quickly to grid events.
Long-term partnership
The scope of services provided by E.ON means that they are responsible for the 24/7 operation and maintenance of the plant, the safety of the 30+ E.ON operatives and the environmental performance of the plant. Commenting on the new agreement, Peter Houghton, Director of Energy at TCE said:
“We’re delighted to have reached a new agreement with E.ON that continues our long-term partnership. In the context of rapid changes in the energy sector, our relationship with E.ON means that we are able to control costs of operations to keep them as low as possible over the long term. The partnership with E.ON is built on trust and sets a platform for continuous improvement where we work together as one team to secure the lowest cost energy possible for our chemical manufacturing processes.”
Mike Wake, Director of Solutions Delivery at E.ON, added:
“The extension to this agreement is proof of the great relationship Tata Chemicals Europe and E.ON have enjoyed going back many years. What our teams have been able to do is maximise the energy efficiency of this site to take advantage of energy generated and use it more effectively – both in Tata’s operations and out into the local grid. That means we can help reduce this site’s carbon footprint whilst ensuring a chemical works which has been operating since 1874 continues to go from strength to strength in such a commercially challenging time.”
This new agreement follows TCE’s announcement, earlier this year, of plans to build the UK’s first industrial-scale Carbon Capture & Utilisation (“CCU”) Demonstration Plant at TCE’s Winnington site, which will reduce its carbon emissions, per kWh electricity generated by the CHP even further, whilst ensuring a secure, sustainable supply of carbon dioxide - a raw material critical to unlocking further growth into its export markets.
The first large-scale CCU project of its kind in the UK, the project also marks a world first in capturing and purifying carbon dioxide from power generation plant emission gases to use as a key raw material to manufacture high purity sodium bicarbonate. The project will help pave the way for other industrial applications of carbon dioxide capture and is an important step in decarbonising industrial activity and supports the Government’s recently announced target of net zero carbon emissions by 2050.
In a unique application of CCU technology, the TCE CCU plant will capture carbon dioxide from the flue gases of the TCE CHP. The CCU plant will then purify and liquify the gas for use directly in the manufacture of sodium bicarbonate. Deploying CCU technology will reduce emissions, as captured CO2 will be effectively utilized in the manufacturing process rather than being emitted into the atmosphere.